You are likely to find it in posh hotels, upscale shops, or the waiting room at your next doctor’s visit. The brain child of former agency CEO and graphic designer, Dag Söderberg’s, Bible Illuminated, is a sleek visual take on the good book—aimed at the average magazine reader, through iconic and sometimes shocking images designed to draw attention to global issues and spark dialogue.
“I wanted to make it more accessible, he explains. I added very contemporary elements in the way of photos, captions and quote boxes to make it easier for the modern person to read and interact with the text without being interrupted. I do understand that those who are already Bible readers will miss certain elements, but this allows us to broaden our audience. Its for the many, not the few.”

Earlier on, Söderberg, fix his sights on a target audience of women 25 to 40—who tend to be magazine readers. But after an exhibit showcasing 104 images along side biblical text, outside the Royal Dramatic Theater in Stockholm (where 10% of the country showed-up), he quickly realize that a far broader audience including the secularized urban market, religious seekers and some believers had now become interested. Endorsed by The American Bible Society, this Good News translation features iconic images of the likes of Bono, Martin Luther King, and Muhammad Ali designed to move the reader from image to text. 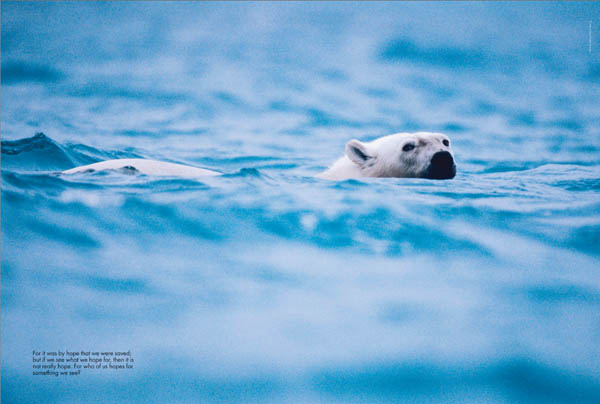 “You don’t have to be religious to read the Bible” he states, “This is our history. Our  heritage, ethics and morals and even government laws come from this book and I want to make it more accessible. If I had a religious agenda or affiliation with a particular church, some might feel that It was an attempt to get people to think in a particular way. But in this way, it is left up to the reader to make a judgement on the text, the images and their own reactions.”

With the introduction this spring of its Old Testament counterpart, and plans for exhibits in New York and Los Angeles, Soderberg hopes to continue to spark dialogue. Now, he says, “modern people are talking about the Bible and other groups around the world have approached us to license it in different languages. Shortly after our exhibit in Stockholm members of the Jewish, Muslim and the Christian church began to get together to have discussions. This is a way of peeking interest and getting the people into the text. How do you read a magazine? Its easy, you flip through it—maybe you’ll find something interesting or even eye catching to start, if I can help to make that happen—that’s just great! 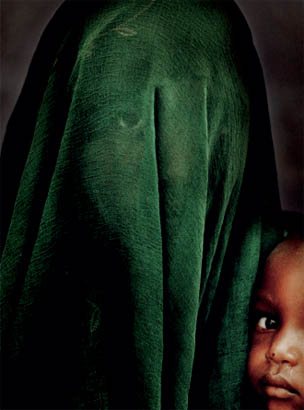 “She will have a son, and you will name him Jesus—because he will save his people from their sins” (Matthew 1:21)

The Book of Revelation opens with this photo of a man protesting Chile’s public-housing system by setting himself on fire.