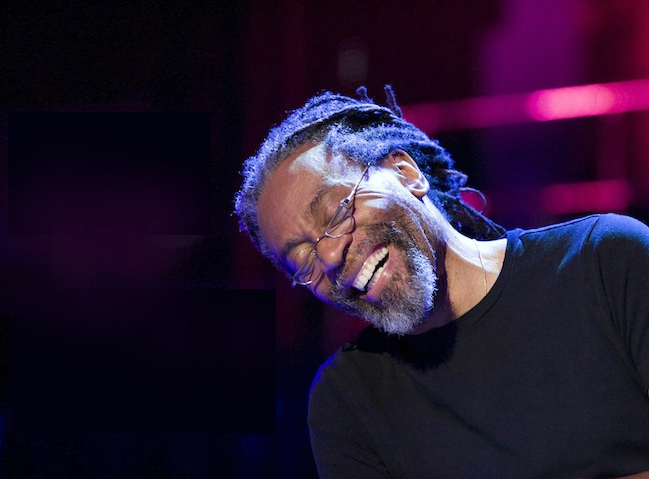 In “Spirityouall,” his latest studio release, 10-time Grammy Award winner Bobby McFerrin returns to his earliest roots in Gospel. Here the brilliant improvisationalist talks about the inspiration behind his latest album, what keeps him grounded and gives him the greatest joy.

Could you tell us about your earliest and most influential musical influence?

That’s got to be my Dad (Robert McFerrin Sr. – an operatic baritone. The first African-American man to sing at the Metropolitan Opera in NYC), not just for the beauty of his voice or the discipline and seriousness with which he approached his art, but also for filling the house with music of all kinds, making it part of the fabric of life.

You’ve mentioned giving up the notion of becoming Priest at 25 to sing. Could you elaborate on that? And these days do you practice a more holistic approach toward music or see performing as a form of ministry?

Actually I did think about becoming a priest or a monk when I was in my teens and early twenties. I was already working as a pianist then, and it was at 27 that I had a revelation that I was really a singer; before that I had always thought of myself as the instrumentalist in the family.  I’ve always been very introspective, and I’ve always felt like music — the way it connects us to our deepest selves and to each other – is a gift from God. I don’t think of it as a ministry, but I do think about mission and purpose, about what God has given me in terms of gifts and responsibilities and opportunities to reach people. I think my job is to bring joy.

Calm, peace and music are major parts of your life, what else in your life brings
you peace?

Walking my dog in the woods. Reading the Bible, especially the Book of Psalms. Hanging out with my wife and my kids (they are adults now but I still love spending time with them). Driving. Watching baseball. Laughing. Singing.

Why this genre of music now. What impact would you like it to have on your audience?

I’d like it to bring hope and peace, and to soothe some souls. I’d like people to feel connected to the people around them, and to everyone in the past and future who have sung these songs.

Traditionally you’re an improvisational artist. Are you influenced by jazz, and if so by what artist and genre of jazz, example Bebop?

I honestly believe that all of life is improvisation. I’m influenced by everything I hear, and there are many Jazz musicians who influenced me deeply. Miles Davis, Herbie Hancock (especially with the Mwandishi Band), Chick Corea (still a favorite co-conspirator). But there’s also Fred Astaire and Sly and the Family Stone. Also Eric Clapton, Mozart and African music. It’s all the same to me, this array of beautiful sounds.

I hear the Blues in many of the spiritual selections of the album, is there a significant connection?

That’s a major sphere of influence that I hadn’t gotten the chance to explore as fully as I wanted to before thespirityouall project, at least not in the recording studio. But it’s always been part of what I hear. People think of me as having classical jazz and world music leanings, and that’s all true. But the blues and rock and funk are big influences. And it was great to let the sound evolve naturally towards bluegrass and country too. I don’t like the whole idea of genres, but I always say that if you have to call me something I’d like to be called a folksinger. I like the idea that music is of the people, for the people. No matter how sophisticated or virtuosic it gets, that’s the bottom line. We’re just talking to each other.

I love the title “Spirityouall” what was the process in naming this album, and how important is it in representing the body of work?

I’m really happy with the title, I think it’s just right. The spirit is in you all, it’s in us all.

Are you more spiritually enlightened these days, or are you simply evaluating your spirituality?

I’m always exploring and evaluating, but over a period of many years, I’ve developed a pretty stable spiritual life. I read the Bible every day. I carve out a lot of time for reflection. I try to get right with myself, right with the people I love, right with God. And then everything flows in the right direction.

How much of a challenge is it being part of an industry that has a reputation for major distractions such as; sex and drugs. How were you able to stay grounded?

I’m grounded in my life, my one specific life. I love my family. I’m very private and quiet when I’m off stage. I’m kind of a homebody; the partying lifestyle isn’t very tempting to me.

Tell us about your favorite cuts in the album? Is there one that holds a particularly important meaning?

Each one of them has meaning, that’s how they made it onto the album. “25:15” and “Woe” are two songs that come to my mind right now, because each of those came out of praying and saying the words I read in the Bible over and over until they morphed into song. But each song has a story. And some — like “Joshua,” for example – have continued to grow and change as we perform them together and feel the response of the audience. That’s a pretty amazing and wonderful process.

Your performances are infectious and evoke such joy amongst audiences. From where do you draw the enthusiasm? Is this also your approach to life? Is it inherent? Or was it part of the culture of your childhood home?

I just think that’s our job as artists, to bring joy. When I sing, it makes me feel joyful and free and energized. I want to share that with everyone.

As a critically acclaimed artist, educator and man of faith what do you hope to be
your legacy? 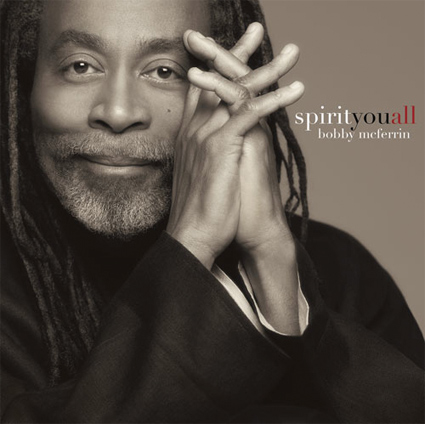